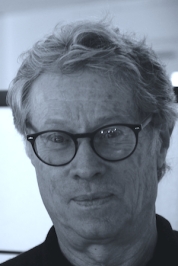 Peter Blendell is the author of Glenora Crossing (2017), Jonagold (a novel), Moonlight (a story for spoken word), and has made two short films. He’s written about film and visual art for various publications and blogs, including Canadian Art, Wildflowers magazine, and Cinefest Picton. A second novel, Glenora Crossing, is scheduled for publication in 2016. He lives in Milford, Ontario.

S. M. Hurley is the pen name of Shelagh Mathers, a Prince Edward County lawyer, former part-time Assistant Crown Attorney, and resident of the County since the late 80s. The first of a series, Blackwater Bluff  (titled Hiding during its early stages) features Augie de Graaf in an insistent cast of characters, all of whom have been clamouring for release from the author’s imagination for more than a decade.

Laurie Scott is a retired teacher who was born and raised in Prince Edward County. After teaching for a few years in Edmonton, Alberta, she returned to the only place that has ever felt like home – “the County.” In Like a Lion is her debut novel and the first in a series featuring her central character, Lily Mulally. Laurie has many interests and is rarely bored. As an artist, she has exhibited and sold her paintings, and has dabbled in graphic design. Her next crime/mystery novel is underway.